Over the past three decades, the pick-up market in Europe has expanded and diversified, with vehicles used for an ever increasing range of roles: from a road-going passenger car through to a multi-purpose, off-road workhorse.

Off-road, on-road; with loads, without loads; towing trailers or carrying passengers; the beauty of a modern pick-up is its exceptional versatility. But its ‘one-size fits all’ philosophy can sometimes lead to compromise - and in no area more so than suspension.

Since the company was started over 35 years ago, SuperPro has earned itself a well-deserved reputation for providing high performance upgrades that enhance the operation and efficiency of OE suspension systems, especially when it comes to 4x4s and SUVs. Its prowess when it comes to off-road and utility vehicles is hardly surprising, bearing in mind that the business was established in the acknowledged home of the “Ute”, Australia.

Whilst extremely capable in their standard form - whatever the marque - most pick-ups suffer from a series of inherent traits that are so often found in utility vehicles designed to offer a compromise between a commercial truck, 4x4 off roader and an everyday passenger car. These issues are generally suspension related and mainly due to the use of leaf springs at the rear, coupled with a long flatbed load carrying area.

There’s no question that the newer the pick up, the less apparent the idiosyncrasies appear and it’s clear that manufacturers have worked hard in recent times to dial out the issues that are a result of combining a utilitarian workhorse with a well-appointed passenger car. Fitting SuperPro upgrade parts delivers a series of significant benefits and overcomes many of the inherent issues, such as indifferent ride quality, passenger comfort and rear end stability - especially when negotiating slippery corners.

Taking into consideration feedback from drivers, information gathered via the motor trade and from its own experience of using these vehicles on a day-to-day basis, SuperPro has designed a series of coordinated upgrades that improve suspension performance. These include its market-leading polyurethane bushes, a uniquely designed rear anti-roll bar and an innovative greaseable shackle kit. 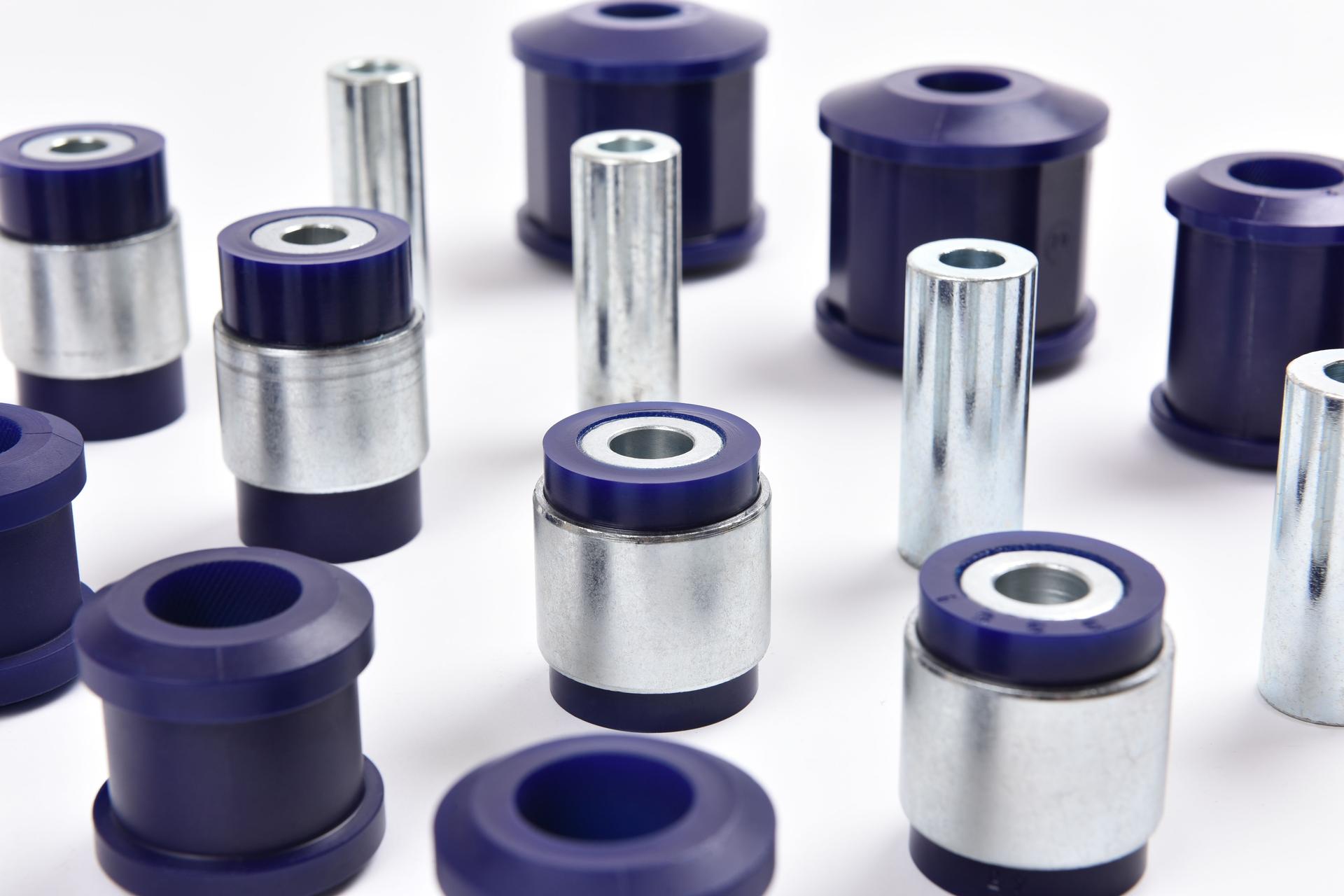 Manufactured from a unique blend of polyurethane, it is well documented that SuperPro bushes provide a more precise feel through corners, more responsive steering and greater stability under braking and acceleration - all without the harshness and vibration often associated with other Polyurethane products. An essential starting point for all handling upgrades.

No current leaf-sprung pickups has a rear anti-roll bars when they leave the factory. Cost is the main reason for this and it leaves the handling feeling somewhat unpredictable and 'lively'. A SuperPro anti-roll bar will change that.

The leaf-springs fitted to the rear of almost all current pickups are designed to allow a flat load bay area (removing the need for strut turrets to interfere with the space) and cope well with handling heavy weights. However, this suspension design relies heavily on the correct functioning of the bushes and shackles to allow a smooth and controlled path of movement in the springs. SuperPro's Shackle Kits not only offer much longer service life, they are serviceable in-situ to maintain optimal performance. 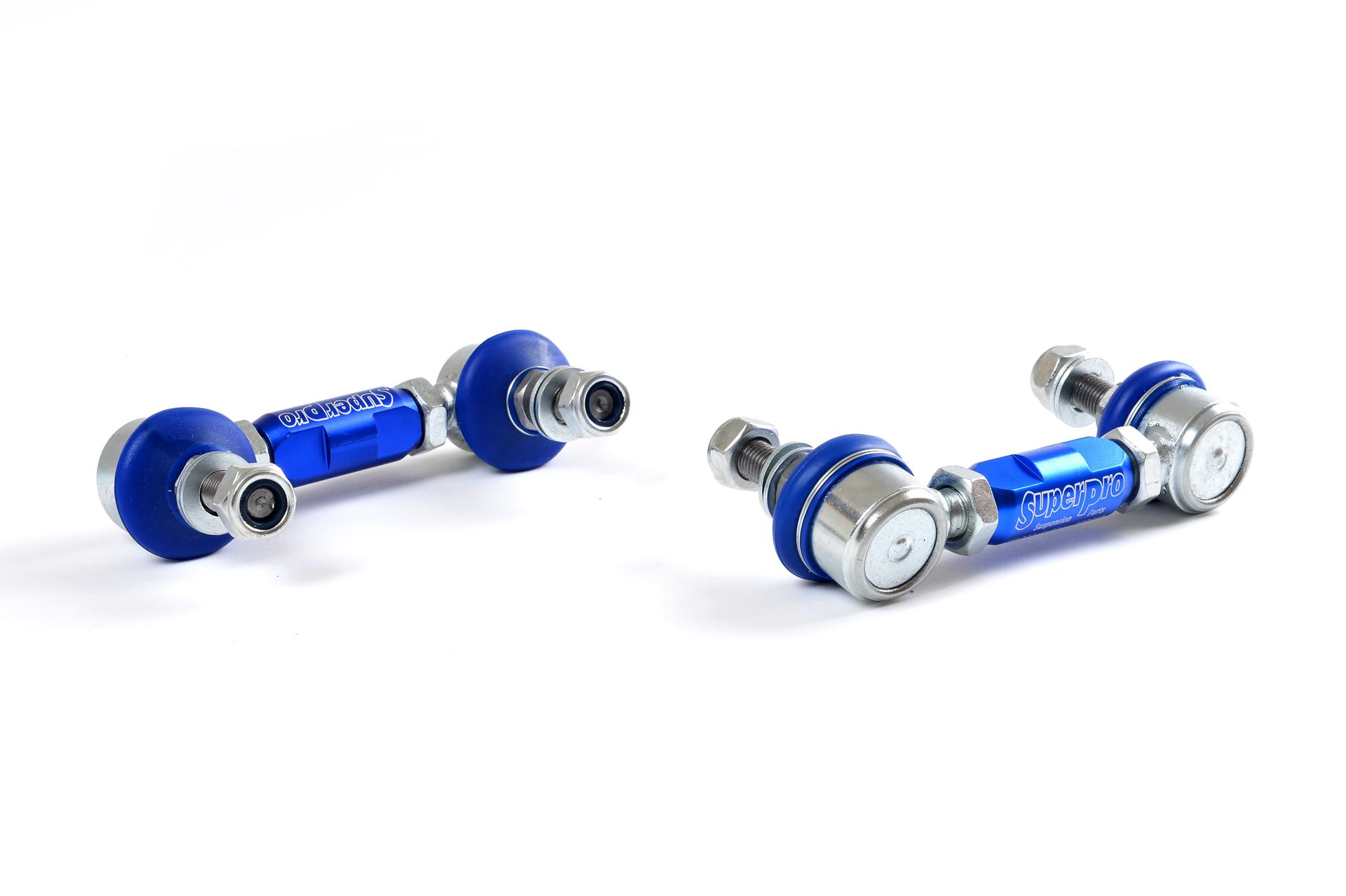 Raising or lowering a vehicle can put additional stress on the anti-roll bar links which can cause premature wear and eventually, failure. It also puts additional stress on surrounding components which can be very expensive to replace. SuperPro's adjustable links are available in a wide variety of sizes and will allow the vehicle to be set up correctly.

Raising or lowering a vehicle can introduce a wide range of alignment issues and SuperPro have created a range of adjustable upper control arms to allow a wider range of alignment adjustability and create a greater clearance between the arm and the strut at full droop - providing greater articulation. 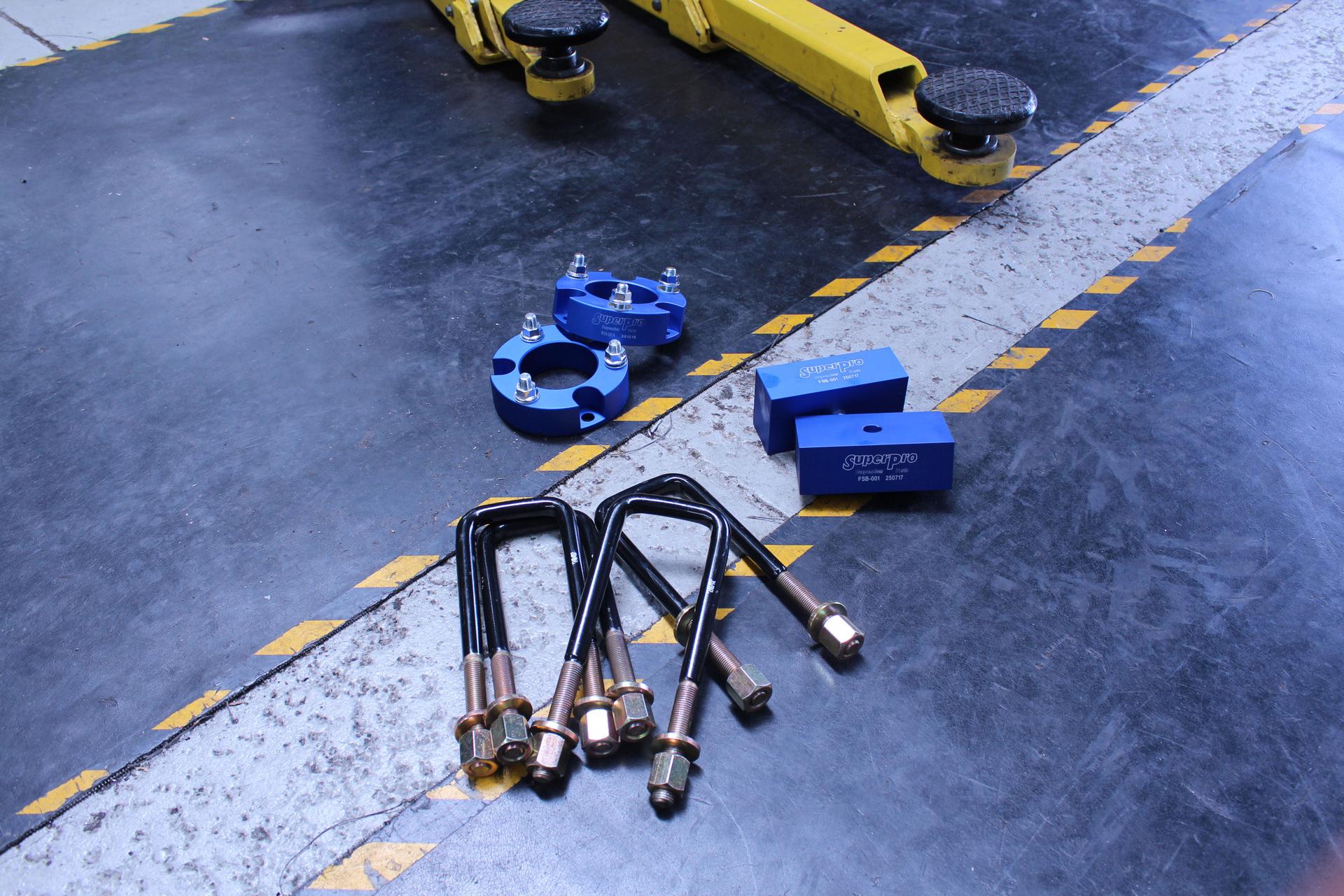 In response to large customer demand for a cheaper way to increase ride height, SuperPro have developed a range of easy-to-fit lift kits that are designed specifically to work in harmony with each vehicle's OE suspension system. A thorough testing and development process means there's no negative impact on handling, braking, electronic stability systems or driver control.